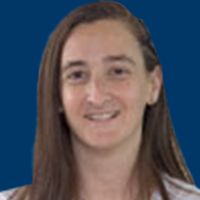 As part of the 2020 ASCO Direct Highlights webcast, Dawn L. Hershman, MD, MS, a professor of medicine and epidemiology, leader of the Population Science Program, and director of Breast Oncology at the Herbert Irving Comprehensive Cancer Center at Columbia University, spotlighted important data pertaining to cancer care delivery, prevention, symptom management, and survivorship that were presented at the 2020 ASCO Virtual Scientific Program.

As the number of geriatric patients with cancer continues to rise1, emphasis has been placed on reducing the risk of toxicity with a number of treatment modalities.

Older patients who develop treatment-related adverse events (TRAEs) have an increased likelihood of treatment discontinuation, hospitalization, and death. Moreover, these patients tend to be unrepresented in clinical trials.

Findings from a cluster randomized controlled trial (NCT02054741)1 reported that geriatric assessment (GA) intervention can improve clinical outcomes for patients over the age of 70 who have advanced cancer and 1 or more GA domain impairment.

Each provider in the GA experimental arm (17 sites; 349 patients) received a GA summary from the assessment, as well as GA-guided recommendations for patients before they began a new treatment. Sites not included in the experimental arm proceeded with standard treatment (24 sites; 369 patients).

Patient demographics were similar between the GA experimental arm and the control arm. The trial included patients with gastrointestinal, genitourinary, and lung cancers. The majority of patients in both arms had stage IV disease (P = .11) and had received prior chemotherapy (P = .53).

Among all patients (n = 718), 60.9% experienced grade 3 to 5 toxicities, 50% required dose modification, 17.7% discontinued treatment, and 15.9% entered into hospice care within 3 months of treatment. Additionally, 26.5% of patients died due to all causes within 6 months of treatment.

Similar findings were demonstrated in another randomized controlled trial (NCT02517034) in which grade 3 to 5 toxicities were reduced from 60.4% in patients treated with standard of care to 50.5% in patients who received geriatric assessment-drive intervention (GAIN; P = .02). All patients were over the age of 65 and had any-stage solid tumor.2

Patient characteristics were similar between the GAIN arm (n = 413) and the standard-of-care arm (n = 207).

“The question that remains from these 2 trials which showed that GA intervention decreased toxicity is [whether] this the right intervention…in this population,” said Hershman. “What is the simplest intervention to improve outcomes, reduce hospitalizations, and improve survival in…elderly patients undergoing chemotherapy?”

Optimization of genetic counseling and testing remains an area of unmet clinical need, according to findings from the 4-arm MAGENTA study.3

Following media-based enrollment, investigators grouped women at genetic risk of breast and ovarian cancer into a family history cohort (n = 2250) and a cascade testing cohort (n = 750). All women received pre-test education and results electronically or with a genetics provider.

According to the findings, overall distress, high distress at 3 months, and difference in baseline distress did not vary significantly between arms.

Participants who did not undergo pre-test counseling had the highest rate of test completion compared with those who were in the control and post-test only counseling arms.

In the cascade testing cohort, the no and the pre-test only counseling groups were noninferior for distress at 3 months compared with the control arm (P <.025).

Patient characteristics did not vary significantly between arms, and the trial enrolled patients with solid tumors.

Investigators found that web-based genetic counseling led to a greater understanding and utilization of testing for patients compared with standard care without significantly reducing anxiety, depression, or cancer-specific distress. Most patients who were randomized to receive web-based testing utilized the online platform. Notably, 71% of patients reported receiving their genetic results, while others did not receive or did not recall receiving their results.

The conclusion of both the MAGENTA and COMET trials suggests that further refinement and exploration is needed to determine whether web-based genetic counseling is a viable option for patients compared with in-person counseling.

In March 2010, the Patient Protection and Affordable Care Act was enacted to increase access to health care, decrease cost, and make health care easier to understand. Additionally, the law allowed some states to expand their Medicaid programs to aid more low-income individuals.

The results of a comprehensive database analysis evaluating whether cancer mortality varied in states that expanded Medicaid under the Affordable Care Act garnered a lot of discussion at the 2020 ASCO Virtual Scientific Program, according to Hershman.5

Findings from the analysis showed that non-expanded states had higher baseline cancer mortality. Moreover, age-adjusted cancer mortality was consistently worse in states that did not expand Medicaid.

Hispanic patients in expanded states appeared to derive the greatest cancer mortality benefit (-2.1 per 100,000; P = .07). However, as other populations, including African-American patients did not derive the same mortality decrease.

Crossover results from a randomized phase 2/3 trial6 revealed that oral tetrahydrocannabinol (THC)/cannabidiol (CBD) extract elicited a significant improvement in complete responses (CRs) and control of nausea and vomiting in patients with refractory chemotherapy-induced nausea and vomiting (CINV) versus placebo. Moreover, the addition of oral THC/CBD decreased the use of rescue medications in this patient population.

The crossover component included 81 patients with solid and hematologic cancers to determine the activity and tolerability of the agent, as well as the required accrual rate to complete the phase 3 portion of the study.

Among the 78 patients who did not withdraw consent, the median age was 55 years and the majority of patients were female (78%). Additionally, over half of patients (58%) had prior cannabis use.

Regarding acupuncture, as part of the randomized PEACE trial (NCT02979574), EA and AA reduced pain and improved quality of life (QOL) in patients who survived cancer and had chronic musculoskeletal pain. Moreover, battlefield acupuncture (BFA) was found to be inferior to EA.7

The majority of patients enrolled were women (70%), white (76%), and 65 years of age or older (44%). The trial consisted of patients who had had a solid tumor or hematologic malignancy.

Although AEs were considered mild in both groups treated, BFA was associated with a higher rate of treatment discontinuation due to AEs. In the EA arm, 0.7% of patients discontinued treatment compared with 11.2% in the BFA arm (P = .001). The most common AE with BFA was ear discomfort.

Finally, in a randomized phase 3 study (NCT02613364), investigators evaluated whether Yoga for Cancer Survivors (YOCAS) was superior to survivorship health education (SHE; behavioral placebo) and noninferior to standard-of-care cognitive behavioral therapy for insomnia (CBT-I) in treating insomnia in cancer survivors.8

The study showed that YOCAS was superior to SHE in treating insomnia. However, the study failed to definitively show whether YOCAS was unacceptably worse at improving insomnia compared with CBT-I.

Compliance to treatment was higher with YOCAS. Additionally, more participants withdrew in the SHE and CBT-I cohorts due to displeasure with the method. Specifically, 16% of patients withdrew from the YOCAS arm, 25% from the SHE arm (P = .02), and 30% from the CBT-I arm (P <.01).

The authors concluded that yoga and CBT-I may be the optimal option for cancer survivors as means to treat insomnia.